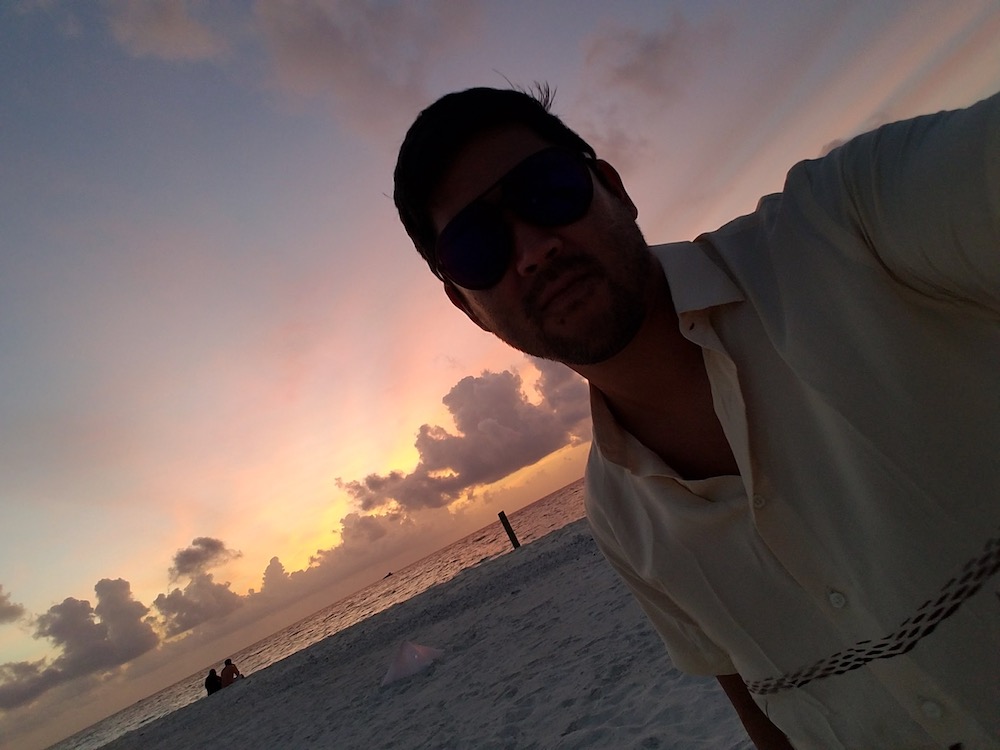 My friend Brunson Green was the producer for the movie The Help, and his new film, Walking Out starring Matt Bomer, is making its US premiere in two weeks.

Because we’re traveling together through the Maldives, Soneva Fushi thought it would be awesome if he screened his film privately for the guests.

What a lucky crowd!

They got to see the movie two weeks in advance of its release at the resort’s outdoor theater. It was a successful event, and Brunson even gave a Q&A after the film.

Many luxury resorts in the Maldives have outdoor theaters, so it was interesting to actually see a movie rather than read a book.