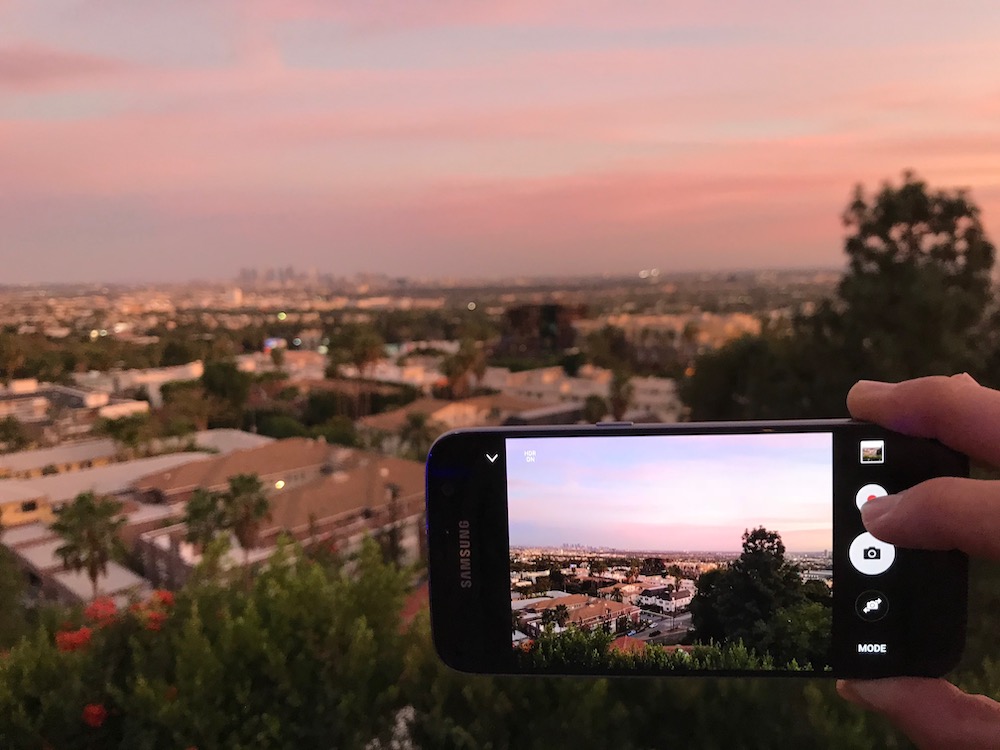 There’s no question Los Angeles has a renowned dining scene. It’s a melting pot of authentic, ethnic eats; impressive restaurants are helmed by notable, award-winning and celebrity chefs; and surrounding, local farms ensure incredibly fresh ingredients are sourced daily. While it’s true some of the hottest tables in the country are in LA, not all memorable meals are found in trendy, contemporary restaurants. There’s amazing street food in LA, and three neighborhoods know how to serve up the best street food in LA.

In fact, a handful of LA’s most enticing dining spots are under the radar, often on wheels, random food stands or tucked inside the back of grocery stores and markets. Sure, they may be simple, but these gems serve up unforgettable, genuine street food in a city that’s not exactly known for street food—making them stand out even more.

From Koreatown to Thai Town, locals are quick to crowd these popular hot spots that offer fast, tasty, cheap and soulful dishes in unique neighborhoods drenched in rich culture. They don’t require reservations—just an appetite for delicious, homestyle street food and, of course, a true sense of adventure.

Coming to Korea Town in LA is always good!! There’re not that many SuJu merchandise here but seeing the super bong with the others make me happy plus I bought a mini bong😍 #Koreatown @SJofficial #SuperJunior pic.twitter.com/Xnq7lWoLn0

Brimming with native heritage and culture, Koreatown is one of LA’s fastest growing neighborhoods—and it’s among the best places to eat. Visitors will find dozens of authentic, family-run Korean restaurants that serve all the classic, crowd-pleasing dishes, from Korean BBQ to bibimbap (a traditional rice dish) and banchan (collection of small side dishes, like kimchee).

Sounds bland. Only dumplings I like are Korean ones. Totally different kind of food though hahah. From Pao Jao Dumpling House in Koreatown in DTLA… pic.twitter.com/l4G6Ne8t4K

One of the most famous institutions, Hongdae Jopok Tteokbokki is a well known Cinderella story. The restaurant originally started as a food truck 20 years ago, and it now has its own address as a humble, no-frills cafe with a simple menu. Try the specialty rice cake (topped with cheese), which is the claim to fame, still served street style. Afterward, walk ten minutes through the vibrant streets to Chef Kang Food Truck, where you can nom on his perfectly grilled, signature bites, like Korean BBQ and fusion plates like bulgogi burrito. Due to the success of Chef Kang Food Truck, it opened a restaurant location last month though, thankfully, the street food he’s known for hasn’t changed. Nearby Chapman Plaza is also worth a gander.

The local, central market includes a handful of Korean restaurants serving Korean BBQ, vegetarian plates and noodles (Kang Ho-Dong Baekjeong is the busiest restaurant). If you’re a die-hard fan of Korean food, book your LA trip over June 15-16, as the wildly popular KTown Nightmarket returns this year. The annual event is essentially the Coachella of Korean street food with dozens of vendors firing up grills, as well as K-Pop concerts, live performances and other events.

While it’s not in Koreatown proper, a five-minute Uber ride will take you to Dollar Hits, a popular Filipino street food truck on Temple Street that specializes in meat skewers (from chicken to BBQ pork) as well as exotic eats (like chicken feet) if you’re game. Expect a little DIY action (you cook your meats on the grill yourself) but for a buck a skewer, and a lively street crowd, it’s well worth the experience (and a fun night out!). Honestly, it’s definitely why Koreatown is one of the best neighborhoods for LA street food.

When anything in LA makes it past 100 years, you know it’s a success. A true institution and historic landmark, Grand Central Market has brought foodies exceptional eats for more than a century. It’s the best place to start a street food tour in Downtown LA.

Inside, under retro neon signs, there are dozens of excellent and notable restaurants in the form of food stalls, counters and pop-ups. Many spots are considered among the best in LA, like award-winning Eggslut and Belcampo Meat Company, though the market is known primarily as one big house of street food, with ingredients sourced from local markets.

There is everything you can imagine, from authentic Thai and Japanese to Spanish and even German cuisine, though the Mexican stalls get a considerable amount of attention. Ana Maria is known for delicious tortas; La Tostaderia is a Mexican cevicheria known for some of the freshest ceviche in town; and Jose Chiquito serves up Mexican breakfast all day (the quesadillas are TDF). Expect a line at Tacos Tumbras a Tomas, where the chef has been cooking up flavorful, street style carnitas tacos since he was 14 years old.

Taco fever doesn’t stop there. If you need an extra helping, make a beeline to Guerrilla Tacos, a restaurant that used to be a contemporary taco truck parked in a different DTLA location every day. Launched in 2012, Guerrilla Tacos was helmed by Wes Avila, a culinary prodigy that’s worked with iconic chefs like Alain Ducasse and Walter Manske. Expect high-end, mouth-watering tacos that change weekly based on seasonal ingredients.

It would be a shame to miss Churro Boss, a popular food truck that serves some of the best churros this side of Mexico (the owners ran food stands in Rosarito and Tijuana). The churro recipe is handed down through several generations, with daily, fresh-made fried dough, enhanced with fresh strawberries and whipped cream (as well as optional dulce de leche and guava). The churros are warm, sweet and divine, and they’re a good reason to visit the San Gabriel Valley (only a ten-minute Uber from DTLA).

The only Thai Town in America, this neighborhood’s local food scene is so authentic, you might think you’re in the mother country. Concentrated within a few intimate blocks, Thai Town packs a huge punch for foodies who want no-nonsense noodles, skewers and curries with bold, Thai flavors.

Start at Silom Market, which sells Thai groceries, produce and spices (like Kaffir lime leaves and chili sauces), as well as food products you can only buy in Thailand (like Thai chips and noodles). The real highlight is the food vendors dishing out casual, street-style Thai food, like chicken satay, pad Thai, taro pastries and Thai crepes. Due to popular demand, fresh, packaged meals are also available to go, like sparerib with sticky rice. After grazing here, head over to Bhan Kanom Thai, another grocery store on the same block, to satiate your sweet tooth. Bhan Kanom Thai is known for its house-made Thai desserts, many that you can’t find anywhere else in LA. The crowd pleaser is the mango sticky rice, chockfull of sweetness and hitting all the right spots.

In Thai Town, there are many exciting places that specialize in authentic Thai food (like Thai Patio and Ruen Pair), but Jitlada is perhaps the most popular local haunt. This off-the-radar restaurant in a random strip mall is packed with lovers of bona fide Thai street food, especially when it comes to spicy dishes. The Thai chef cooks up home-cooked dishes in a tiny kitchen, and diners can order plates according to their spice level preference. There’s always a huge line here (Jitlada doesn’t take reservations), so be prepared to wait a bit.

Jitlada specializes in exotic recipes and menu items you’ll rarely find outside Thailand, like morning glory, a crunchy, Chinese watercress abundantly served in Thai street markets. Due to its short shelf life, it’s expensive to import, though Jitlada is the exception. Thanks to its off-the-beaten-path location, this beloved restaurant is a stomping ground for many famous faces, like Dave Patel and Ryan Gosling, who love Thai food.

A locals guide to Los Angeles

5 Things to Know When Traveling Abroad