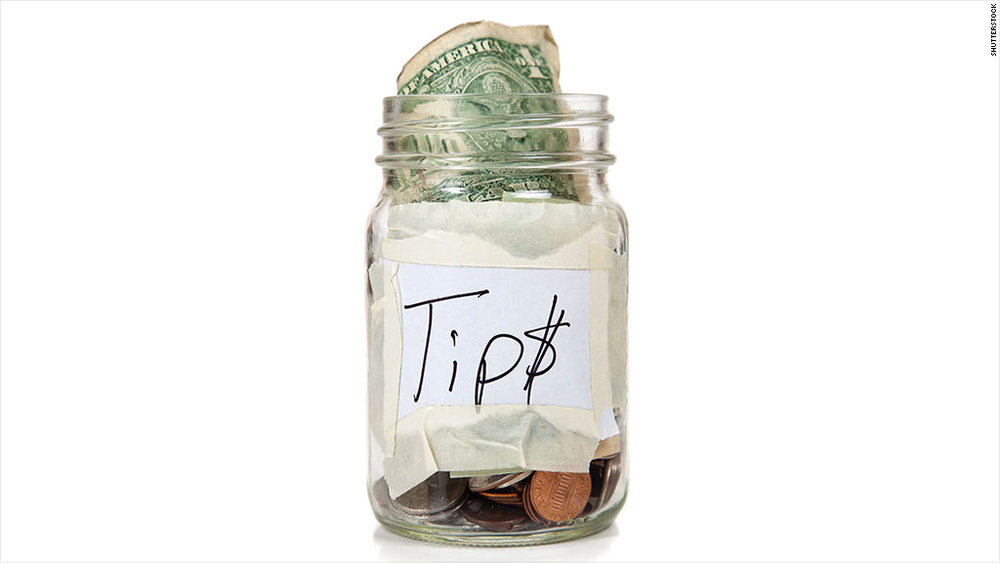 TIPS is actually English, not American. Here are other everyday words you didn’t know where acronyms.

After a decade of eating at BLT restaurants, I was pretty floored when I found out it was an acronym for the chef behind it (Bistro Laurent Tourondel). It turns out there are other words in our vocabulary, like posh, scuba and even Internet, that are also secretly acronyms.

In 1945, the Cooperative for American Remittances to Europe (CARE) launched a program to send food relief to Europe during World War II. For $10, these packages would be delivered to friends and family of Americans who were at risk of starvation due to the war and, in May 1946, they arrived to aid millions (http://www.history.com/news/the-first-care-package). Since, the “CARE package” has been widely adopted as a parcel sent to a loved one and also an acronym permanently embedded in the vocabulary of many languages.

The acronym, a new word formed from the initial letter or first letters of other words, originally dates back to 1943 when the military devised shortened words like “Awol” to communicate, though “care package” is credited for spurring universal acronym usage, spoken among civilians outside the military. According to a recent survey by Harris Poll, 84 percent of Americans have heard the term “care package” but only 13 percent were aware of its origin.

BTW: The best luggage we’ve used for years is Samsonite. It’s reliable, durable and affordable. Check out the new collection on Amazon.

Acronyms—not to be confused with abbreviation or initialism, though initialism can be acronyms—are now created regularly, though many appeared even before identified as acronyms. POTUS (President of the United States) was a phrase used in telegraph codes developed for news agencies before the invention of the telephone, and it is documented in a book, The Phillips Code, published in 1879. At the turn of the century, many companies used acronyms, like Nabisco (National Biscuit Company) and Sunoco (Sun Oil Company).

Acronyms are still prevalent in our vernacular on a daily basis, many that one wouldn’t necessarily suspect as words formed from initial letters.

Here are 11 everyday words you didn’t know were acronyms

However, the word became more widespread among non-thieves referring to money given as a bonus for services rendered. The first reported instance of the word used is in 1706 in The Beau Stratagem play “Then I, Sir, tips me the Verger with half a Crown” though it was clarified in Frederick W. Hackwood’s 1909 book “Inns, Ales and Drinking Customs of Old England” to stand for “To insure promptitude.”

Pakistan The Islam republic and sixth-largest country in South Asia means “Land of the Pure” in Persian and Pashto, and it was founded officially in 1947. However, the name of the country was coined in 1933 by Choudhry Rahmat Ali, an activist, who published in a pamphlet “thirty million Muslim brethren who live in PAKSTAN.” “Pakstan” refers to the names of the five northern regions of the British Raj: Punjab, Afghania, Kashmir, Sindh and Baluchistan. The letter “i” was incorporated to simplify pronunciation and form the linguistically correct name.

Zip Code The Zip Code is a system of postal codes used by the United States Postal Service. The word ZIP means “Zone Improvement Plan,” a system to help mail travel more efficiently and “zip along.” It was coined on July 1, 1963 when districts were assigned zone numbers. Back then, the five-digit ZIP Code was not mandatory, and the system was even suggested decades before by Robert Moon, who submitted his proposal of the ZIP Code in 1944.

QANTAS Airways Limited The flag carrier airline for Australia is the country’s largest. Founded in November 1920, QANTAS is the third oldest airline in the world. QANTAS stands for Queensland and Northern Territory Aerial Services. It wasn’t unusual for early airlines to have acronyms in their names. Two of the oldest airlines are Avianca (meaning Aerovias del Continente Americano in Spanish) and KLM, which is initialism for Koninklijke Luchtvaart Maatschappij voor Nederland en Kolonien).

Geico The auto insurance company founded in 1936 follows many other companies using acronyms in the early 1900s (like NABISCO and SUNOCO). The owner, Leo Goodwin, originally founded the company to sell insurance directly to employees of the federal government, which makes Government Employees Insurance Company apt for the time it was conceived. Definitely an everyday word you didn’t know was acronym.

It’s very rare for Bloomingdales to have sales on sunglasses. Check them out!

Posh Posh originates back to 1842, though it was first documented in 1914. Major steamship carriers traveling between England and India from 1842 to 1970 had several cabins, though the desirable accommodations on the shady side of the ships were reserved for the more affluent passengers who could afford them.

Their tickets were stamped POSH meaning: “Port Out, Starboard Home.” Now, the connotation has survived more than a century; the term is still used to describe an elegant or fancy person or thing.

Ikea The world’s largest furniture retailer, IKEA, was founded in Sweden in 1943 by 17-year-old Ingvar Kamprad, though the first store didn’t open in the United Statues until 1985.

The company’s name is an acronym for the initials of Ingvar Kamprad’s name, Elmtaryd (the farm he grew up) and Agunnaryd (his hometown in Smaland, Sweden). Americans are actually pronouncing the name of the word wrong. In Sweden, it’s pronounced “ee-kay-uh.”

Scuba In order to explore the depths of the sea without a vessel, one must obtain a certificate for scuba diving. The activity requires a Self Contained Underwater Breathing Apparatus, first invented in 1878 by Henry Fleuss, an English diving engineer. The “SCBA” consisted of a rubber mask connected to a breathing bag.

The oxygen rebreather was improved in 1910 by Sir Robert Davis, head of Siebe Gorman, a British company that specialized in diving equipment, and world renowned ocean explorer Jacques-Yves Cousteau, along with French engineer Emille Gagnan, invented the diving regulator “aqualung” used for the first SCUBA equipment. The acronym SCUBA was first coined in 1954 by Christian Lambertsen, a professor at the University of Pennsylvania Medical School, who worked on the first prototype of rebreathers for military frogmen.

Laser Built in 1960 by Theodore H. Maiman at Hughs Research Laboratories, the laser generates a beam of coherent light, the coherency allowing it to be focused to a tight spot and stay narrow over a great distance.

Sonar and radar Sonar and Radar were commonly used around wartime. SONAR (Sound Navigation and Ranging), a technique using sound propagation under water, was first coined during World War I with the need to detect submarines around 1915. The word wasn’t widely used until the second World War, appearing in dictionaries around 1940. The word RADAR (Radio Detection and Ranging) was coined in 1940 after being secretly developed by several countries before and during WW2. It appeared in dictionaries at the same time as sonar.

Internet The World Wide Web has introduced a slew of new acronyms, like GIF (Graphics Interchange Format) and hashtag words meant for social media, like FOMO (Fear Of Missing Out). Even Internet, first appearing in 1974, is an acronym as Interconnect Network though many argue it was shortened from “internetworking.” I didn’t know this! And most people didn’t know this everyday word is an acronym.