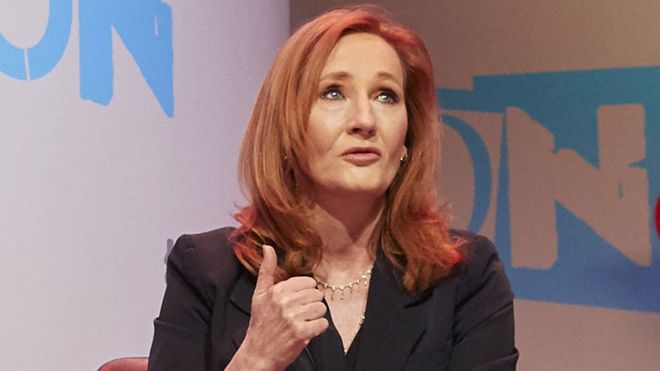 J.K. Rowling, author of the “Harry Potter” series, may be making headlines for her views on trans people, but before that, she was doing good for tourism. Rowling wants young travelers to stop volunteering in orphanages in developing countries because they may be supporting child abuse. This is her voluntourism travel tip.

In October 2019, Rowling addressed the issue at a summit held by One Young World, a UK-based, non-for-profit organization that empowers young leaders who help solve global issues.

The main takeaway from Rowling’s speech was for people to stop volunteering in orphanages and putting your money into local businesses, researching before working with charities and educating others and changing their mindset.

"8/10 children living in orphanages globally are not orphan, they will have one living parent at least. And overwhelmingly, the family did not want to give up the child." ~ @jk_rowling #HelpingNotHelping #OYW2019 pic.twitter.com/rCzbFc0yq3

Rowling helped launch the new #HelpingNotHelping campaign, which aims to end orphanage tourism and voluntourism. She also set up a charity, Lumos, “in response to cases of neglect in Eastern European orphanges, which is campaigning to remove children from orphanages and return them to their families,” according to BBC.

Newsweek said orphanage tourism is “troubling,” and voluntourism actually may do more harm than good, according to The Guardian.

Orphanages are given support by “volun-tourism” or “orphanage tourism,” when young people volunteer and visit orphanages as part of their travel. “Often these young people will come away believing they did good,” Rowling said at the conference, “and are appalled when the facts are laid out in front of them, and they realize that they may have contributed to the perpetuation of abuse.”

Rowling isn’t the first to tackle this sensitive subject. World Challenge, a travel company based in Australia, stopped offering volunteering trips to orphanages in 2017 because it was “harming vulnerable children.”

In a story published in September 2018, The Guardian points out voluntourism actually may do more harm than good.

“The reason we don’t have orphanages in the developed world is because they cause often irreparable harm,” said Rowling. “The system renders children vulnerable to abuse and trafficking, and impacts their life prospects. The West has often, with the best intentions, funded these orphanages. Some orphanages are set up literally to abuse children – to get money from the pockets of voluntourism.

‘If money and energy was given to charities instead, we could solve this problem within decades.’

Rowling has supported charities including Comic Relief, One Parent Families and the Multiple Sclerosis Society of Great Britain. She is definitely against volunteering in orphanages as her main voluntourism travel tip.

When hearing Rowling’s message for travelers, some readers objected.

On The Independent’s website, Songbird wrote: “She’s just an expert on EVERYTHING, isn’t she? I wonder what happens to the children if the orphanages are shut down? And can we please see the communities this very wealthy woman’s built on her own property to house all the immigrants she wants everyone else to give place to in the NHS, the schools, and council housing….?”

“A very easy statement from a woman who has a fortune of several hundred million pounds,’ wrote Hugh7777777. “How are young people going to get some life experience if they don’t go to other countries? Sierra Leone is one of the poorest countries in the world but government policy is not to have ’orphanages’ so our house is entitled ’Interim care centre’ because the aim of the charity is to keep, protect, and educate the children until family or relatives can be found to bring up the children in a home/family environment.”

M0rse responded: “She’s a millionairess, true, but she is also a confirmed socialist and sympathetic to those less fortunate than herself. The fact that you want to tar her with the same brush as the likes of C. Odey and the like tells of your lack of knowledge and ignorance. That child abuse happens at orphanages the world over is also a fact, not speculation, and there are plenty of places young people can get life experience without perpetuating these things.”

Kim adds: “She gave $160 million to charity in 2011 and since then she has given a great deal more, principally to children’s charities and medical research into MS, motor neurone disease, Parkinson’s and dementia.”

Voluntourism is a $173 billion industry and continues to thrive.

What are your thoughts on Rowling’s voluntourism travel tip?

One thought on ““Harry Potter” author J.K. Rowling gave a voluntourism travel tip — and people are not happy”