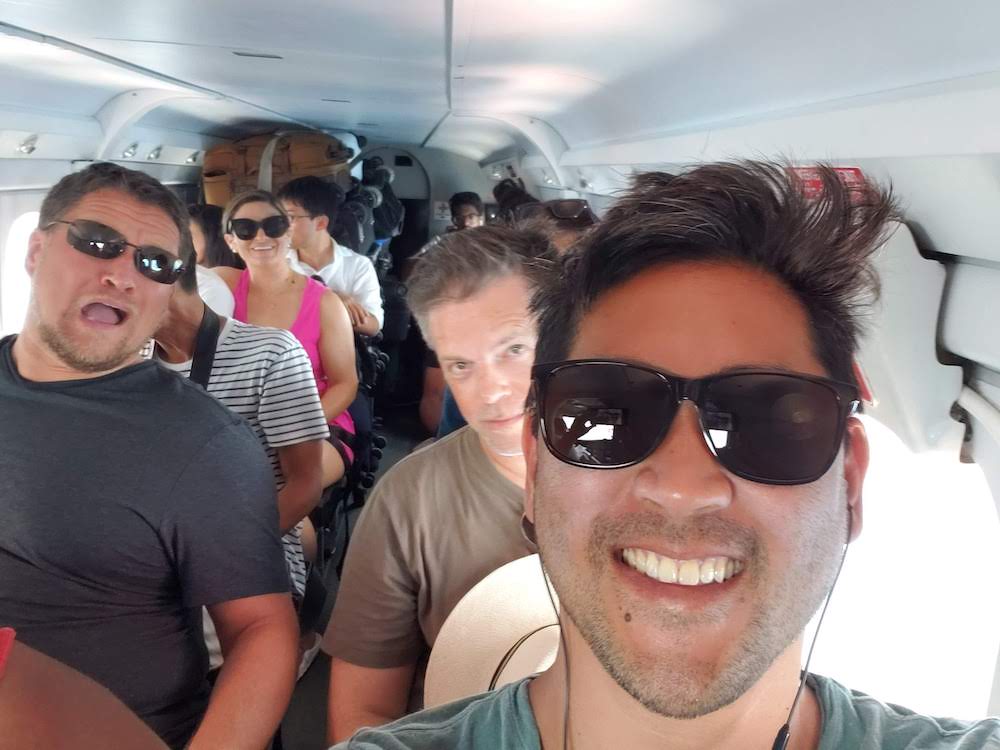 Before we talk about the history of the selfie, we need to go way (way) back.

For the camera to produce real-life portraits, Louis invented “daguerreotype” direct-positive photo processing, which creates an extraordinarily detailed reflection image on a sheet of copper plated with a thin coat of silver. The innovative type of photo processing led Philadelphia-based amateur photographer Joseph Saxon to a local lamp store, where 30-year-old Robert Cornelius would make this specialized plate for him.

Fascinated with the advanced photo process and emerging field of photography, Robert dabbled with a camera of his own in the store’s backyard. He set up the camera, stood still for five minutes and wrote on the back of the finished photo: “The first light picture ever taken.” Little did he know he would also be responsible for the world’s earliest known selfie.

In the late 19th century when photography became mainstream, photo taking wasn’t a quick snap. The entire process required up to 15 minutes of statue-still posing, and the plate had to be angled perfectly to natural light for the image to be visible.

In October 1839, Robert Cornelius, dressed in a double-breasted frock coat over a white cravat, looked just off-camera with wild hair, immortalizing this impression for the first self-portrait ever taken (according to the Library of Congress).

Robert was at the right place at the right time—his father’s lamp store specialized in silver plating and metal polishing. The plate he made for Saxon inspired his interest in photography and, eventually, Robert switched gears and opened a photography store for two years before returning to his father’s lamp business. This is cool right? The history of the selfie sort of goes centuries deep.

While photography in general flourished, the selfie wouldn’t surface in mainstream culture until the baby-boom generation. Andy Warhol was a fan of selfies; he made self-portraits famous in his pop art in the 1960s. He was also known to take candid selfies with a Polaroid camera (including an iconic self-portrait with John Lennon and Yoko Ono in 1971).

With easy photo-taking and color prints produced instantly after exposure, Polaroids became the preferred “selfie” camera for decades. In 2014, Susan Sarandon tweeted a screenshot of her and Geena Davis in 1991’s Thelma and Louise, where the actors took a selfie with a Polaroid on their road trip. Along with the photo, Susan wrote: “inventors of the #selfie at it again.” Naturally, the history of the selfie keeps growing.

For the latter half of the century, the selfie became an important tool for visual communication and the modern version of self-portraiture, the way cavemen drew themselves on walls and Vincent Van Gogh painted a depiction of his face on canvas in the past.

With the rise (and necessity) of the digital age and cell-phone cameras, selfies are now defining a moment in time, allowing people to snap self photos with one quick, instantaneous click to purposefully share on social media platforms. Instagram, a popular photo-sharing social network with 500 million monthly users (June 2016), currently yields 268 million selfie hashtags, a number that’s more than half its users.

With the norm of cell-phone cameras and the Internet as a virtual album, the selfie is ingrained in contemporary culture and instrumental in the evolution of portraiture as a genre for the 21st century, whether photo takers are aware or not. While a camera-phone selfie was initially synonymous with a younger generation, everyone from President Obama and the Pope to celebrities at the Oscars and astronauts in outer space have engaged in selfie taking.

Selfie with my friend Jason in Tahiti

History of the selfie: Origin of the word “selfie”

Robert Cornelius may have taken the world’s first self-portrait, but the word “selfie” didn’t appear until more than 150 years later. The first reported “selfie” usage is involved with a drunk night out.

In September 2002, an inebriated, young man in Australia fell at a birthday party, busting open his lip. In an online chat forum, he posted a photo of his face and wrote “Um, drunk at a mates 21st, I tripped ofer {sic} and landed lip first (with front teeth coming a very close second) on a set of steps. I had a hole about 1 cm long right through my bottom lip. And sorry about the focus, it was a selfie.”

Since the incident, the word “selfie” spread like wildfire online, and the tag “selfie” was commonly used in Flickr, a photo sharing community. “Selfie” was included in the common-usage Oxford Dictionaries Online in 2012 and later in Merriam-Webster Collegiate Dictionary in 2014, which defines a selfie as “a picture that you take of yourself especially by using the camera on your smartphone.”

5 reasons you should book a vacation rental over a hotel