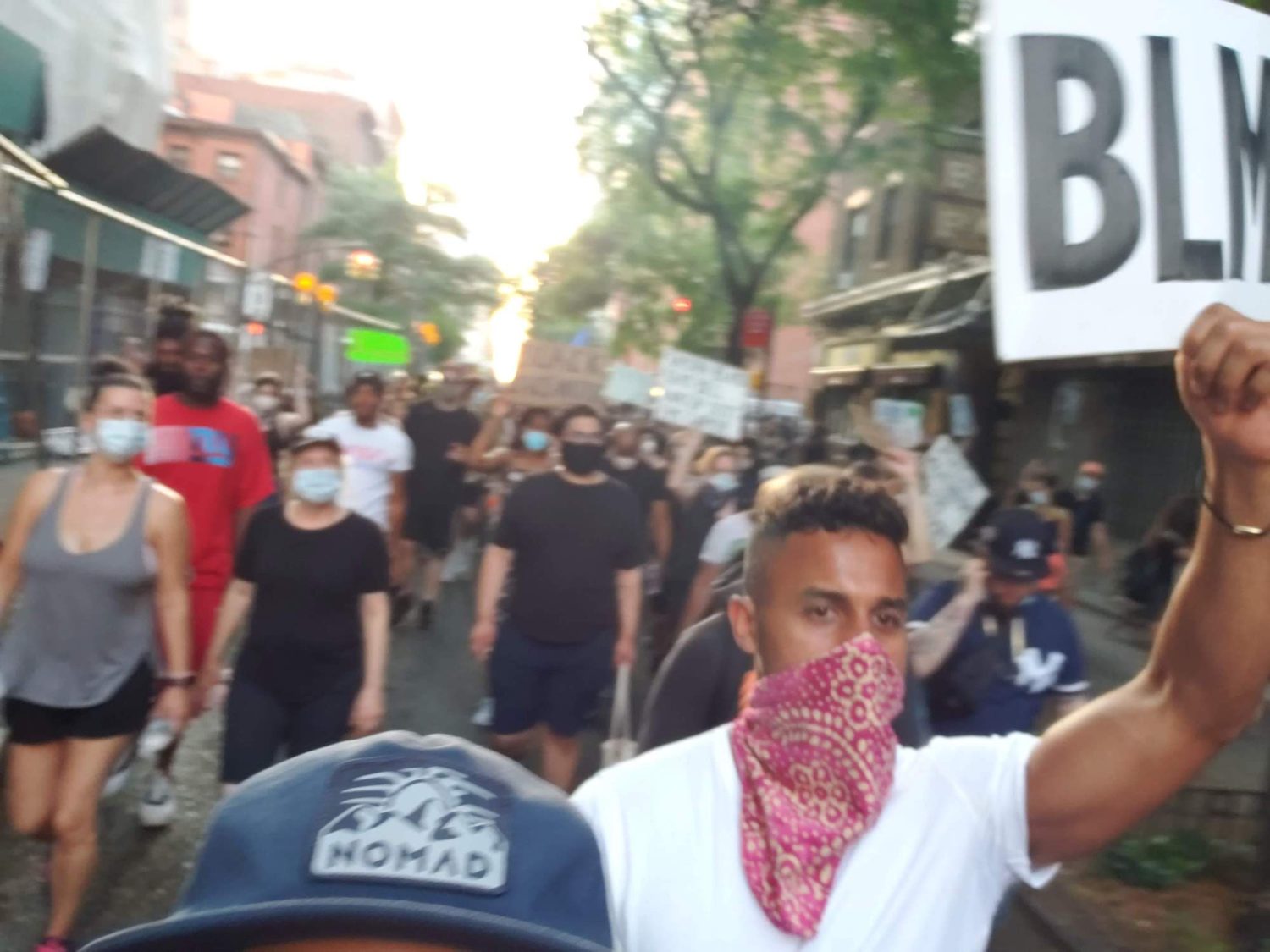 On Saturday, June 6, we joined the Justice for George Floyd / Black Lives Matter protest at Washington Square Park, NYC. It was a peaceful protest, marching throughout Manhattan before curfew. If you haven’t been to a protest, this is what a protest is like in NYC if you scroll through photos below.

First, I want to mention that I know all protests take various shapes and form. Below, I am speaking from my experience with the protests I personally joined in the past two weeks.

The Justice For George Floyd protest I attended yesterday, Sunday, June 7, started at Washington Square Park at 6:30 PM. At the scheduled time of a protest, people will assemble, and eventually, groups of people will branch off in an organized march led by leaders/ambassadors.

Note: There are many protests that can be demonstrations or vigils, so they will stay in place. For this Sunday protest in particular, the leaders led a group of over 1,000 up north through Fifth Avenue.

The protest marched all the way up to Union Square, picking up other protestors along the way. This helped the numbers increase to thousands. Also, there were volunteers and good Sumeritans who were handing out water, Red Bull and snacks at various points in the route.

I myself carried a case of Red Bull for protestors to help anyone hydrate (it was 85 degrees). I know that there are medical stations set up at many other protests. These protests are well supported, and you see the good in people.

The protest marched up to 22nd street, through the residential streets, then down Park Avenue. It was amazing. One thing I want to point out: You see every kind of person at these protests: activists, LGBT, Latin, white, Black, mothers, fathers, grandparents, athletes, punks, college students, professors, the list goes on.

While everyone is being respectful and wearing face masks, you see one thing uniting a motley crew: the quest for change.

Fifteen minutes before curfew hit, the police began to appear. I know that you see photos and videos of police standing in formation with batons and riot gear on. This didn’t happen yesterday. In fact, I saw some police cars, and police in the cars, not getting out, just monitoring the protests and making sure everyone made curfew.

The protest went down 2nd avenue then through 6th street to go directly to Brooklyn Bridge. I stopped here because I live a block away from where we ended up, and I had been out for hours, but watching the stream of protestors, I mean *thousands* of them: You just don’t see this kind of movement every day. It’s powerful.

You can look at protests in photos, but actually being part of one, being part of this movement, is something that stays with you in a meaningful way. But the bigger point for you to join a protest is because change is needed. In police reform and brutality, in ending racism, in helping right the wrong in the world. So hopefully you’ll be able to join a protest. Remember: strength in numbers.

And don’t forget to vote.