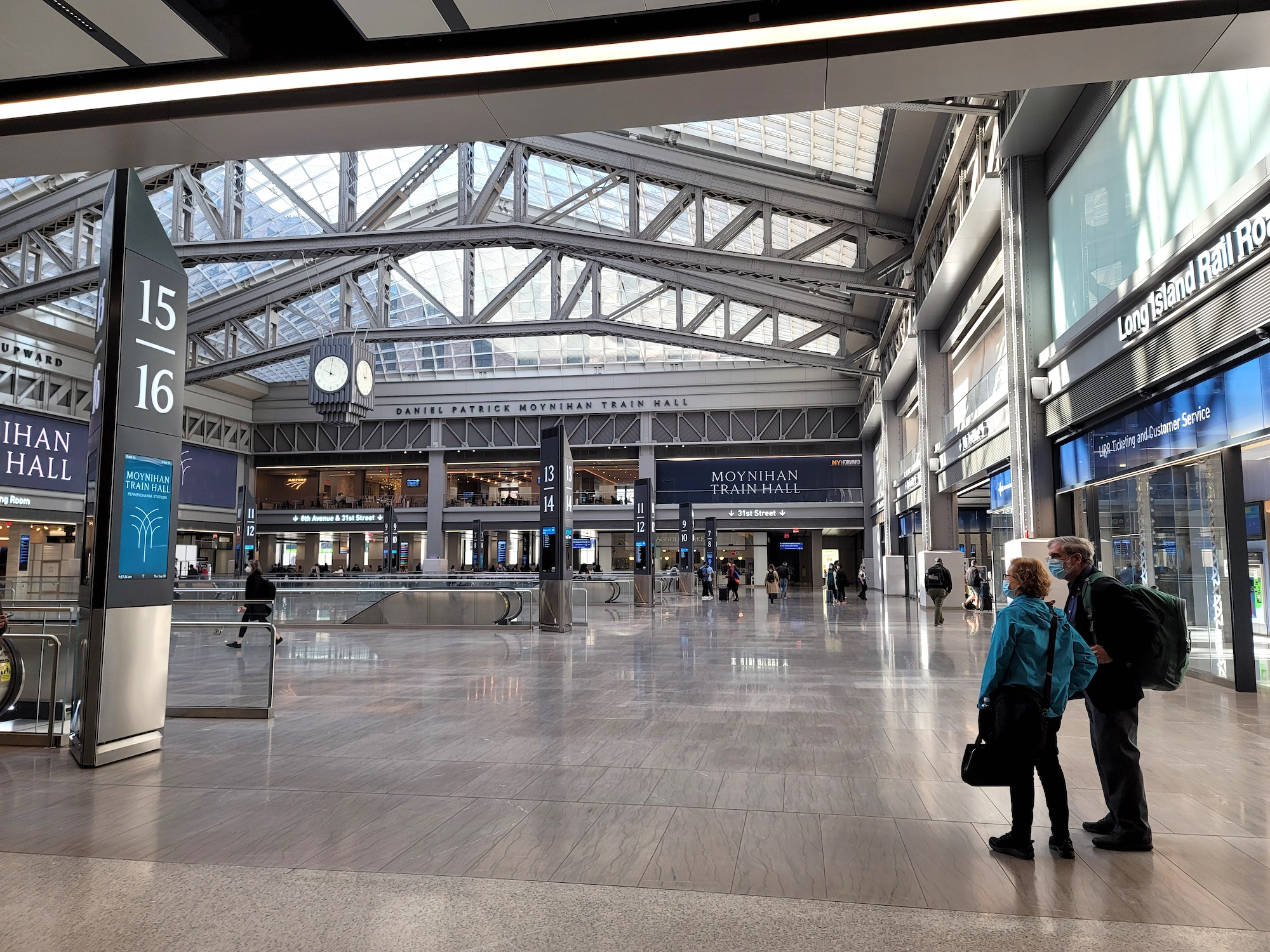 The iconic Penn Station in Manhattan, New York City, has been quietly undergoing a $1.6 billion makeover the past few years. Opened in 1910, the historic station is now in a new space, Moynihan Train Hall at Pennsylvania Station, which debuted an incredible former Post Office transformation on January 1, 2021, after three years of renovation. As a constant traveler and New Yorker, I had to check out the new design, and here’s my Penn Station Review.

I have memories of Penn Station from the past 15 years of living in New York City. I remember the great things (so easy to get to Newark International Airport!) and the not-so-great (dirtiest bathrooms in New York?).

FYI: The best luggage we’ve used for years is Samsonite. It’s reliable, durable and affordable, and you’ll be happy you switched. Check out the new collection on Amazon.

For the longest time, Penn Station was grouped as one of those iconic NYC places that felt neglected, such as LaGuardia Airport and Grand Central. The government was spending tons of money into tourism, building new hotels and attractions, but they were letting institutions essentially decay. It’s one of the main reasons why I was excited to check out Penn Station. The whole look and feel was transformed, and it was supposed to have finally joined the 21st century.

Here are exclusive photos and my overall experience for my Penn Station review.

Before you even get inside the new station, you might recognize these familiar steps if you’ve lived in NYC. Trust me: there’s more seating on these steps than there is inside the station. If you get to the station early, I recommend hanging out on the steps for people watching and fresh air.

First impression you get when you walk into the station from the connecting subway (A/C/E train) inside. There’s a lot more natural light than before. It also feels more modern.

Also, there are a *lot* of digital sign boards for departure information, whether Long Island Rail Road or Amtrak. You’ll find these boards everywhere, but with technology nowadays, you get updates on your train via app.

Here’s the main train hall. The architecture is gorgeous. Just look at that atrium skylight. The entire ceiling is practically glass. Notice how the station is a lot more spacious, organized and modern.

I was surprised to see that there was going to be a brand-new food hall with hip, New York owned restaurants. While the food hall was closed during my visit (September 30), I’m excited to check it out when it opens.

In the meantime, the *only* restaurant is Starbucks. This Starbucks had the largest selection of food for a Starbucks I’ve ever seen, likely since it’s the only outlet that offers food for thousands of daily passengers.

The Ticketed Waiting Room is the only place you can really sit. You just show the agent your train ticket, and you have access. Obviously there will be more seating when the food court opens.

Inside the Ticketed Waiting Room. I love the clean, modern design, and there were soft rounds to the seating area rather than corners and hard angles. It allows the space to be fluid. And the waiting area actually had plenty of seating (this is just one section). The waiting area also has bathrooms.

The bathroom inside the Ticketed Waiting Area was probably the most fun design out of the entire renovation. The sink had three spouts. One for soap, one for water, and one as the hand dryer! I’ve never seen a sink with its own hand dryer. Definitely had to keep that in my Penn Station review.

Outside the waiting area, you’ll only find standing areas (bars). I like this. The only problem is that there aren’t enough of them.

While I never went inside, Amtrak has a lounge for VIP and first-class passengers on the top level.

Another view of the new terminal.

The main departure board for Long Island Rail Road.

When your boarding gate is announced, you head to the gate. There are narrow escalators that take you down to the train. The reason I kept this is in my Penn Station review is because it’s DEFINITELY narrow, and one person behind me freaked out. I think she overreacted, but just wanted to let you know that it’s narrow.

Penn Station is iconic. Anyone who’s traveled through the famous train station has some sort of memory, some story to tell, whether good or bad, and with the new station, new memories will be made.

The new Moynihan Train Hall at Penn Station not only has a new name and location but a new look and feel from its predecessor. It feels like it belongs to another city, not New York City, but maybe it’s because New York City is going through a renaissance of its own. It’s a new New York City.

What I loved about Penn Station is that it’s clean. Ridiculously clean. The natural light coming from the skylight ceiling is insane. I think anyone will be happy to go in and out of the station after this massive renovation.

If you’re heading on Amtrak, might as well do it in style. Check out our favorite sunglasses on Bloomingdales, which are having a sale! 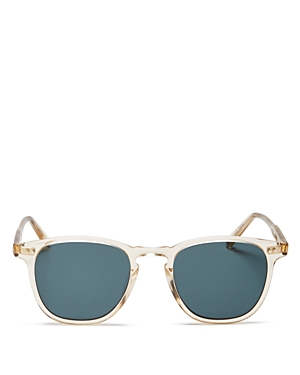 3 thoughts on “Review: Inside The Brand New $1.6 Billion Penn Station in NYC (PHOTOS)”