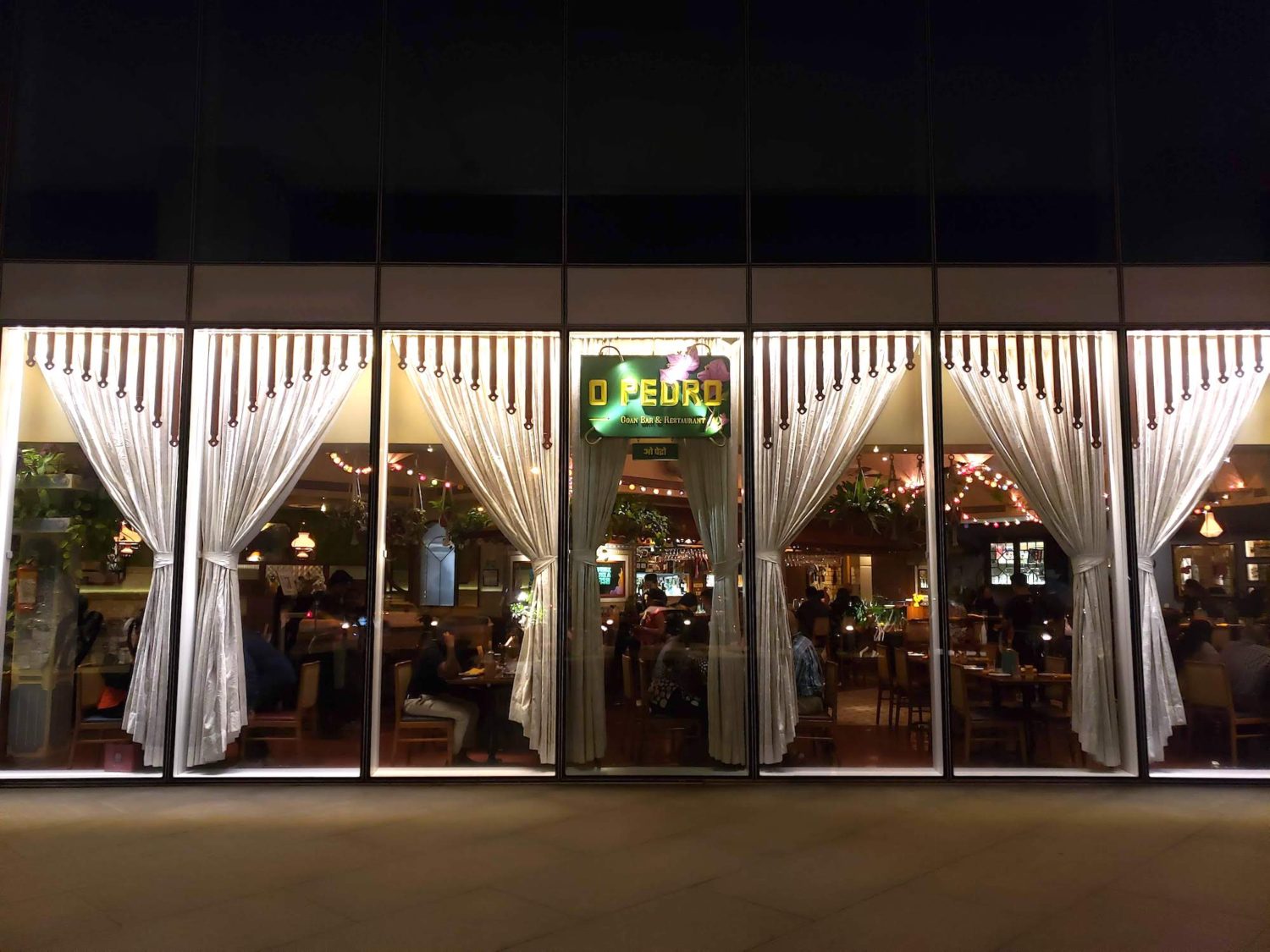 Until June 1 2020, diners have the rare chance to try authentic Goan cuisine in America.

O Pedro, a critically acclaimed restaurant in Mumbai, India, officially unpacked its knives in New York City, courtesy of Intersect by Lexus in Manhattan’s Meatpacking District. As part of Intersect by Lexus – NYC’s Restaurant in Residence program, O Pedro’s celebrated Executive Chef Hussain Shahzad has taken over the kitchen, serving up his signature (and notable) Goan-inspired Indian cuisine for the next four months.

Unless you’ve been to India, you likely haven’t experienced a proper Goan meal. In fact, Goan food is quite uncommon in America because the cooking style, preparation and typical ingredients aren’t easy to replicate overseas.

So what makes Goan cuisine so unique?

Goan cuisine is a distinct, regional cuisine specific to Goa, India, a large state on the country’s western coast known for miles of sandy beaches and local history that runs centuries deep. In 1510, Goa was colonized by the Portuguese, who had a significant impact on Goan culture, including architecture, religion and, most notably, food.

Unlike other parts of India, Goan cuisine is known for smoking meats and drying fish, as well as other heavy-handed Portuguese influences. Stroll the local markets and you’ll find chorizo. Instead of traditional naan, locals dine on wood-fired poee. Dessert menus feature tarts over gulab. Due to its tropical location, fish is common and also smoked, feni (a spirit made from cashew) is drunk and coconut is a typical ingredient. Goan cuisine is colorful, often spicy and handled with native, one-of-a-kind techniques (Goa was the first in the country to use yeast and wine in cooking).

The opportunity to dine on elevated Goa cuisine via O Pedro at Intersect by Lexus – NYC is a rare treat, especially with Hussain Shahzad helming the kitchen. In fact, there’s no other chef who can deliver the unique flavors of Goa with a contemporary, innovative twist—and Shahzad’s O Pedro is a true testament.

O Pedro, loved by many critics, including The New York Times, is influential and trendsetting, offering locals a new appreciation for Goan cuisine in a stylish space, echoing the modern vibe and design found at its sister restaurant Bombay Canteen, also in Mumbai.

Opened in 2018, O Pedro is located in Mumbai’s Bandra-Kurla Complex, an emerging business district (which has a WeWork and the highly anticipated, soon-to-open Jio World Convention Center).

Tucked away on the ground floor of a high-rise office building, O Pedro spearheaded the contemporary restaurant scene in this area (later joined by a handful of other progressive restaurants and bars, like Butterfly High and Gateway Taproom), but it’s the food that’s been at the forefront, featuring distinct curries, fresh seafood straight off Mumbai docks, fresh-baked poee and signature rechado.

For the next four months, diners at Intersect By Lexus can feast on O Pedro’s signature dishes that put Goan cuisine on the map in Mumbai. Diners will take a culinary journey through some of O Pedro’s original, popular and authentically Goan entrees (as well as new creations) since Shahzad brought ingredients directly from India, including spices and dried goods.

Great food always comes paired with a notable cocktail menu, and O Pedro’s bar has become a magnet for locals who appreciate thoughtfully created cocktails, which will also be served here.

With the restaurant helmed by executive chef Nick Martinez, and in collaboration with Danny Meyer’s Union Square Hospitality Group, Intersect by Lexus – NYC also features a cafe, bar and lounge, as well as two gallery spaces.

5 Tips To Take Better Vacation Photos — From A Renowned Photographer