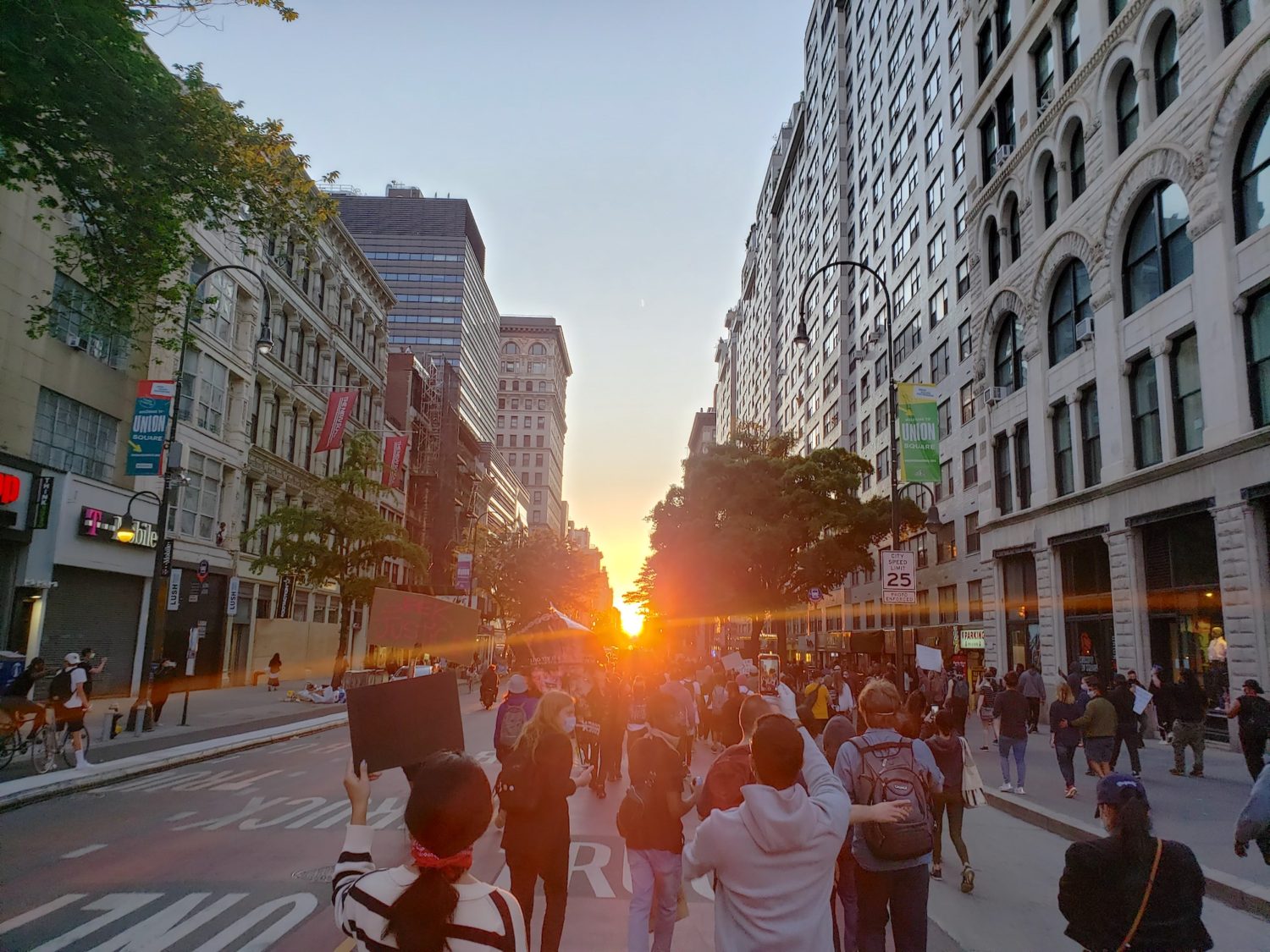 Protests against police brutality, supporting Black Lives Matter and demanding Justice for George Floyd erupted across the country this past weekend, and we joined the Union Square protest in NYC.

In fact, while there were half a dozen protests in New York City, New York on Sunday, May 31, Travelbinger joined a peaceful one with a smaller gathering, which started with less than 500 people (we estimate) and grew up to 1,000.

The Union Square protest in NYC that we joined was extremely peaceful. We marched along 14th Street in Union Square to the West Side Highway and made a loop through residential streets of the West Village and Chelsea.

The protest ended up on the West Side. Because we wove through mostly residential areas, we avoided big corporate stores, and there was no looting.

Everyone was chanting No Justice No Peace and Black Lives Matter. It felt great to be part of this movement. We agree silence is violence.

Note: there were at least 100 members of NYPD that were in the back of the protest the entire time. They were extremely peaceful, and quite frankly, marched with us. I’m sure it was just to be there in case things went south, but they were very friendly and protective.

I know that there have been cases of police brutality over the weekend, and it is not right, but the police I experienced were ensuring that our protest went smoothly. I was a little nervous to see them at first, but I could also say I was completely shocked at how they were well behaved. I do believe that many police force stand in solidarity with the protests, and I have seen many take a knee. I’m just grateful that the police that I encountered on this particular protest was allowing us to protest peacefully.

If you want to join the last big protest, here’s the link to the flyer. The Police Brutality protest will take place at 1 Police Plaza Path in downtown NYC, Tuesday June 2 at 1 pm.

Travelbinger is proud to be a publisher with Google News. Only few travel publications qualify.