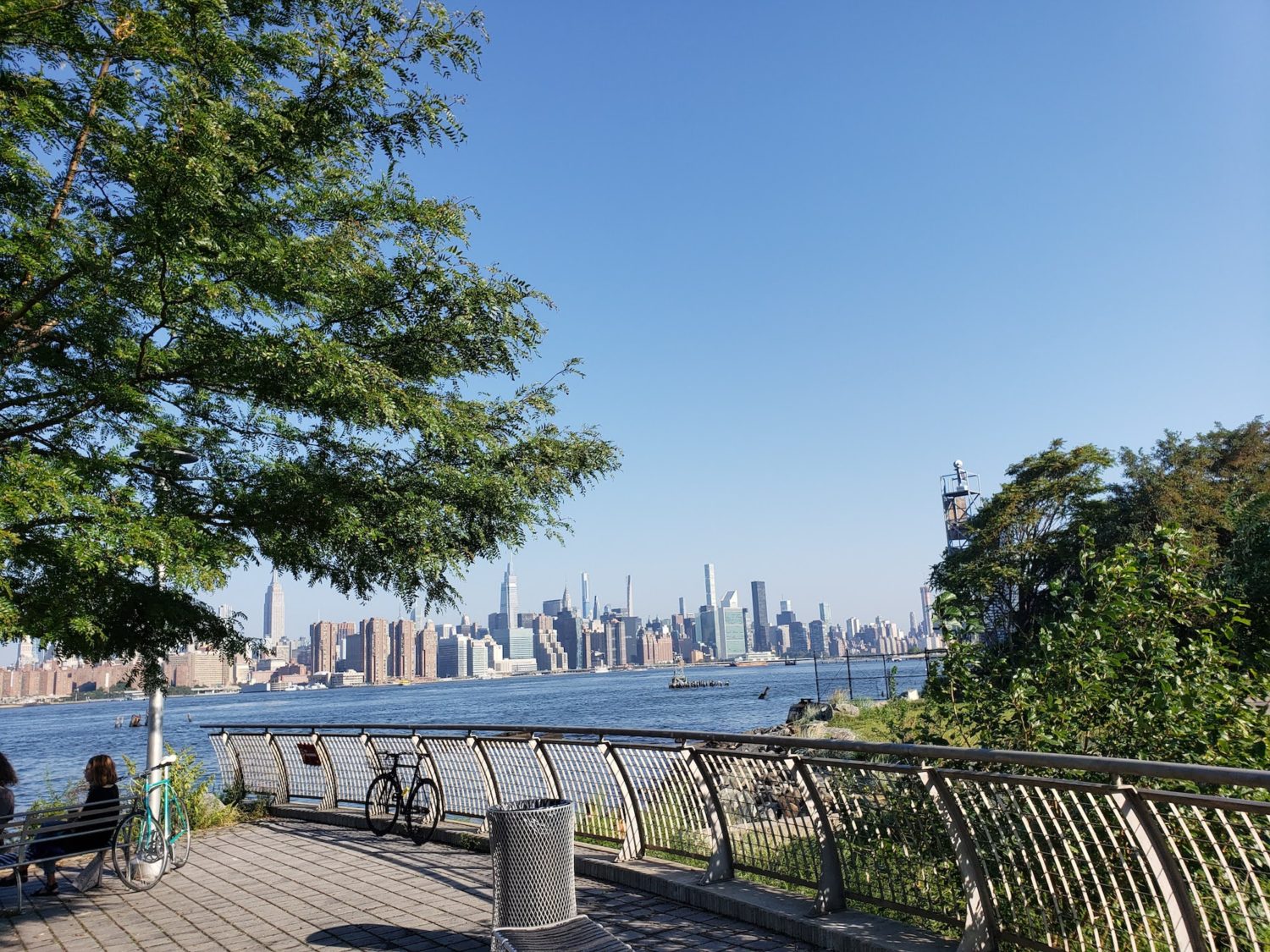 I love New York City. My entire time here was spent as a travel professional, so I was on the road often 2 to 3 weeks out of the month for almost 20 years—but I always loved coming home. Seeing the skyline from the plane, feeling that rush of cold air out of JFK or LGA, taking a taxi across the bridge… it was all comforting. Nothing beat arriving at my apartment in the Lower East Side (then, later, East Village) and feeling the crazy energy around me. But after 12 years of living in Manhattan, I moved to Williamsburg, Brooklyn in August 2020.

I was one of those New Yorkers who defied living in boroughs outside Manhattan. Even before I moved to The Big Apple, I vowed to only live downtown. I wasn’t going to move to New York to live somewhere far from all the action. There’s a sense of privilege, sure, but also being in the middle of the chaos, having crazier struggles (higher prices and rent), and seeing that address (New York, NY) on your mail was what fueled me. After a while, it was just understood I would never leave. Living in Manhattan was just a habit.

But then Covid-19 hit in March 2020. My lease was ending in July, so I was already in a position to move. I loved that rents were decreasing all over the city. Naturally, unconsciously, I was only looking at apartments in the city. It’s just what I had always done.

I knew I wanted to leave the East Village, so I checked out West Village, Chelsea, Gramercy. There was an abundance of rentals, but they all looked the same. They all looked like apartments I already lived in. Not many came with outdoor spaces, the buildings had 20 to 50 units, and the apartments were still small for my price range.

While I knew I would be getting a better deal on rent in general, I wasn’t exactly thrilled about moving somewhere that would exactly be like my current apartment, which was a glorified studio, about 300 square feet, a 4th floor walk up, and basically the size of a standard room at a convention hotel.

As if serendipitously, my friend David in Williamsburg, Brooklyn, texted me about an apartment on his block where the current tenant was moving out. I remember laughing and telling David: “Listen, I don’t do Brooklyn. I’ve been to Maldives more than I’ve been to Brooklyn. But thanks.” Yep, that’s how much of a Manhattanite I was!

But then he sent me a video of the apartment. It was a ground-floor, two-bedroom with a separate office space. The living room was the size of my entire current apartment, and there was a private outdoor backyard that was even bigger.

I looked up the address on Google Maps. The apartment was two blocks from the river and Domino Park, four blocks from Whole Foods, and the L Train was a 6-minute walk (4 minutes shorter than the closest train to me in the East Village).

I staggered at the sheer size of the apartment. It took up the entire floor. There were only 3 other tenants in the building. It was quiet, yet close to everything. It had a real kitchen. There was a window in the bathroom. And the private outdoor space. WTF?

I realized what I really wanted wasn’t Manhattan bragging rights. I didn’t want to move from one small apartment to another; I wanted to upgrade to a bigger space. I work from home, so the office was truly compelling, and my dog would appreciate the ground floor rather than my 4th floor walk up. It’s perhaps one of the main reasons why I moved to Williamsburg Brooklyn for this apartment, but I realized, I formed a habit of living in the same hood for so long, it didn’t even occur to me the next place I moved could be significantly better.

I signed the lease in a heartbeat and moved to Williamsburg, Brooklyn.

I knew that I love Manhattan, and I always will, but I outgrew it. Out of habit for 12 years, I lived there, but I didn’t realize it’s not what I wanted until I saw the options outside of it. I’ve only lived in Williamsburg a short time, but my dog is significantly happier with the abundance of parks, and less people crowding the sidewalks. I have restaurants surrounding me, so I feel like I’m still in the middle of the action. It’s been a nice transition, and there have been no regrets for why I moved to Williamsburg Brooklyn.

And the SPACE. Dear God. I have an adult apartment. It’s so big, sometimes I sit on my sofa still in shock. The neighborhood is quiet and peaceful, and it feels more like a community, rather than the East Village where nobody talked to one another.

I know many people have been writing stories about leaving New York City because of Covid-19, but I definitely didn’t want to do something like that (I already left a few years back for LA, then moved back because I knew I belonged in New York). The conveniences of living somewhere less packed are hard to ignore, but that wasn’t what I wanted. Sometimes you outgrow the city you spent the past 12 years of your life to try something new, and a pandemic is exactly what you need to see that.

Did you leave Manhattan to move to Brooklyn? Let us know in comments below!

10 things you should never do on a road trip

Travelbinger is proud to be a publisher with Google News. Only few travel publications qualify.

3 thoughts on “After 12 Years In Manhattan, I Moved To Brooklyn. Here’s Why.”