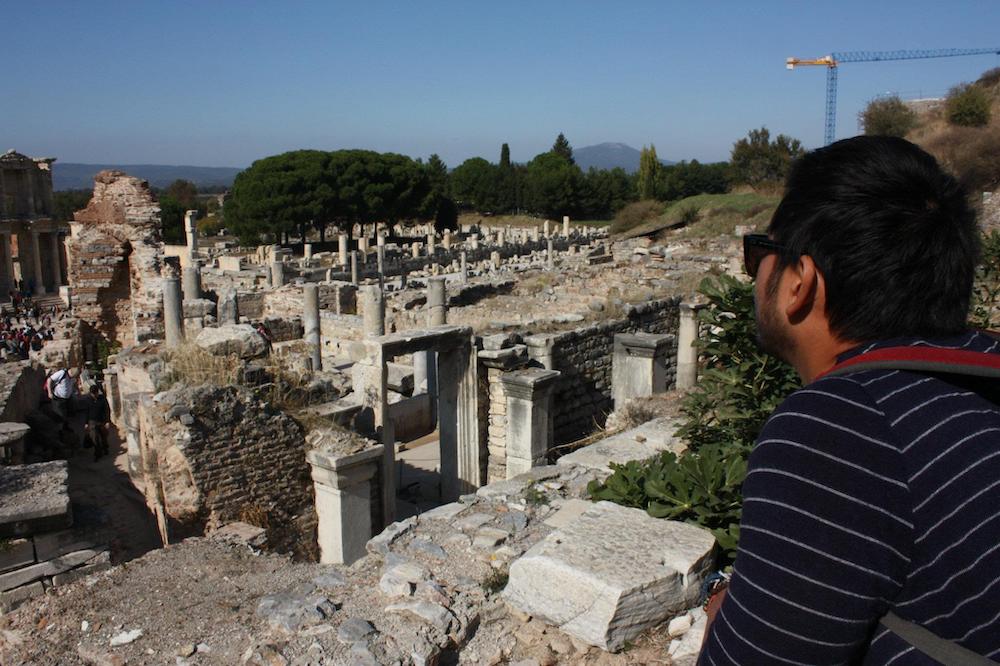 Ten years ago, in October 2009, I was visiting Syria as a tourist before the civil war — and the country continues to be one of my most memorable destinations. So many people ask me: Is it safe visiting Syria as an American tourist right now? No. It’s best to avoid if you’re traveling from the U.S.

It’s hard to believe that, at the time that I visited, Syria’s optimism was deeply infectious. Not only were Syrians excited for a prosperous relationship with the U.S. under recently appointed President Barack Obama, tourism could finally bridge Syria to the rest of the world.

Syria was already fighting misconceptions, and only 45,000 Americans were visiting Syria as a tourist annually. On my visit, I found the country breathtaking, the people humble and genuine and the ancient attractions fascinating.

In fact, Syria left such a strong impression on me (I had visited over 100 countries at that point), I wanted to return with other friends. The country was truly off the beaten path, an understated gem in the Middle East, and I was certain it would rise in popularity.

Syria used to be known as one of the most progressive countries on Earth (it’s here where the world’s first known alphabet transpired), and on my visit 10 years ago, the tourism infrastructure was getting a boost. It’s not a good idea visiting Syria as an American right now, but I do regret what happened there. It would have an unforgettable trip for many.

There was an increase in tour operators, translators and access to historic sites, many dating back to biblical times and as important as some of the world’s most prominent attractions. Even hotels were emerging on the scene, including the boutique Art House, a favorite of Francis Ford Coppola.

For six days, I visited several popular attractions. I stood at the top of the Crac des Chevaliers, a 12th-century Crusaders castle in a small village outside Homs, gazing into a 360-degree panorama of rolling valleys dotted with forgotten cities, the scenery unfurled and endless (the castle has since been damaged due to the war).

At the time, the castle was extraordinarily preserved with nothing roped off, which reflected the little tourism here. I was able to freely meander the grounds (halls, secret passageways, watch towers) with only a handful of other tourists.

The castle, once touted by author T.E. Lawrence as “perhaps the best preserved and most wholly admirable castle in the world,” is one of the best examples of medieval architecture in the world, and the official stamping of a World Heritage Site in 2006 ensured it’s worth a visit.

Equally impressive was the UNESCO World Heritage Citadel in Aleppo. The large, medieval fortified stronghold dates back to the 10th century. Unfortunately, it too was damaged during the war.

A popular site I visited was the Church of Umm Al Zunnar, known as the Church of Virgin Mary’s Belt. In the city of Homs, it’s a 19th-century church built on top of a 4th century church, where the alleged holy sash of Virgin Mary was discovered under the alter in 1953 (historical evidence suggests her robe was brought here). This site was also damaged since the war. The situation in Syria continues to be frustrating, and it feels forgotten, but I still hold the country dearly. Even though it’s not safe to visiting Syria as an American tourist, I am hopeful there will be a time this will change.

If it’s not safe visiting Syria as an American tourist, where should you go? There are plenty of other options, like Turkey, Oman, Jordan and Beirut in the Middle East that make great alternatives, though they are nothing like what Syria is like for visitors. It’s comparing apples and oranges. I’ve been all over the Middle East, and Syria was always a nice hidden gem and not overrun with tourists.

The best luggage we’ve used for years is Samsonite. It’s reliable, durable and affordable. Check out the new collection on Amazon.

Ruins of the ancient city of Palmyra were among Syria’s most photographed attractions. The ancient city of Bosra also offered ruins and the massive Roman amphitheater, more than 2,000 years old. It was one of the most memorable attractions, and anyone visiting Syria as a tourist would agree.

But it’s the capital city of Damascus that captivated me most with bustling bazaars, historic mosques and terrific restaurants. Perhaps, sometime in the future, I’ll return and help the country thrive, the way it was supposed to, but for now, is it safe to visit Syria? No. But hopefully one day, the world will be able to see how beautiful it is — especially the people.

While there’s a travel advisory for Americans to avoid Syria travel, other nationalities have been visiting there since it’s been considered safe for them. Visiting Syria as an American tourist is not recommended.

Have you visited Syria as an American tourist recently? I’d love to read your comments below.