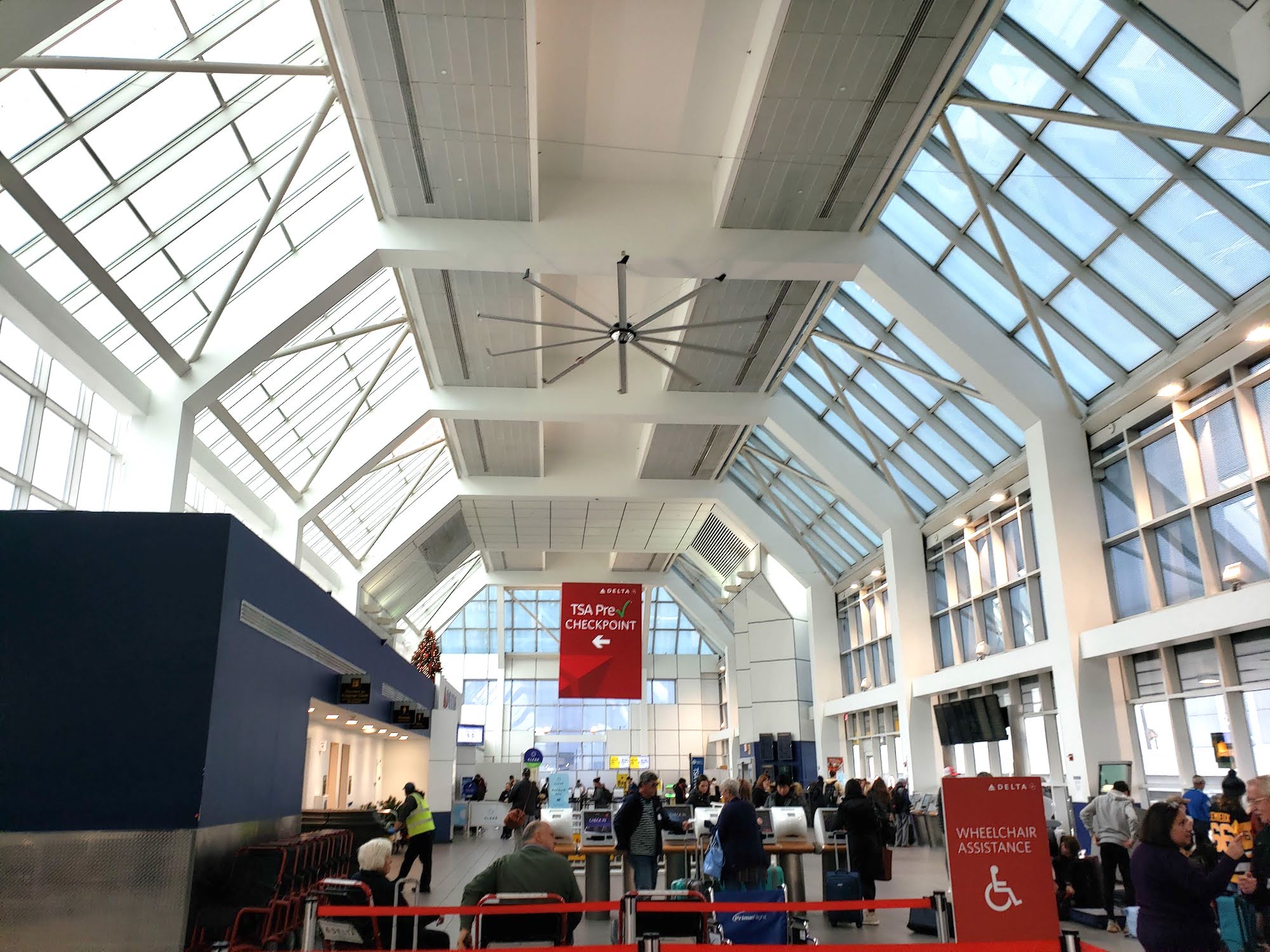 Laguardia Airport in New York City is often ranked as the worst airport in the country, and typically, it’s considered among the worst airports in the world. In fact, we’ve been known to throw some shade when flying through.

it literally takes 32 minutes just to get out of #lga. so flying into jfk which is 20 minutes further away from me, is faster

But Laguardia may no longer be the airport from hell for Delta Air Lines passengers. The airline just debuted its brand-new, $3.9 billion terminal — and it looks stunning.

A look at Delta’s new terminal

The first recently unveiled Delta Air Lines concourse (out of seven) at Terminal C is 105,000 square feet and has commanding views of the Citi Field (home of the NY Mets), which is an upgrade to the panorama of… nothing but decades-old walls.

Aside from impressive views and larger gates to accommodate bigger planes (which significantly reduces those long wait times taxi-ing after you land), the concourse has a nursing room and pet relief room, and all seats in the expanded gate areas have electrical outlets. Welcome to 2019, right?

There are also plenty of new food and beverage outlets, like Rossi Pizzeria and H&H Bagels.

There is also a new, “dual taxi line” that will reduce taxi wait times and congestion after you go through baggage claim.

The construction for the new Delta terminal at Laguardia began in August 2017 and is projected to end by 2026, according to Ryan Marzullo, the airline’s managing director of corporate real estate in New York.

“The opening of the first new concourse at Terminal C is a major milestone that takes us one step closer to transforming LaGuardia Airport into a global gateway worthy of this state,” New York Governor Andrew Cuomo said in a press release.

Will your airport experience be any faster? Time will tell

These upgrades at Laguardia lend to a contemporary airport experience for passengers flying with Delta. While every little moment of modernization helps (nothing could get worse at Laguardia, can it?), we’ll have to wait and see if Delta decides to expand its staff and TSA employees.

One of the most inconvenient drawbacks of Laguardia is that it takes a mind-numbingly long time to go through security. Even if the new terminal offers more lanes, it won’t do much if the airport continues to keep the same number of TSA gate agents. Increasing staff should be part of the upgrade.

It’s the same idea with Delta gate agents. There are only 3 to 5 working at a time, so the lines can get especially long at check-in. As more people pass through Laguardia, the new airport won’t make much of a difference in terms of stress if Delta keeps the same number of staff at check-in.

What to expect at Laguardia in the near future

Upon it’s completion, the 2.7-million-square-foot Laguardia will have 72 new gates across 6 concourses, 2 connected arrival and departure halls and 13.7 miles of new roadways, according to Six Square Feet. The project is designed to push the entire airport closer to Grand Central Parkway.

Since its announcement, Laguardia Airport has been undergoing the $8 billion overhaul, which is pricey, but it’s not the most expensive. Istanbul’s new airport cost a whopping $12 billion, according to CNBC.

In addition to Delta’s new terminal, United opened its new concourse B in May 2019. The new terminal is part of a $4 billion overhaul, which includes 55-feet high ceilings, tons of natural light, 13 new shops and restaurants (like Shack Shack and Irving Farm Coffee Roasters) and FAO Schwartz.

New York governor Andrew Cuomo said, “We are better than what LaGuardia is,” at a press conference on Tuesday.

Some of the links in this post are affiliate links. This means if you click on the link and purchase the item, I will receive an affiliate commission at no extra cost to you.