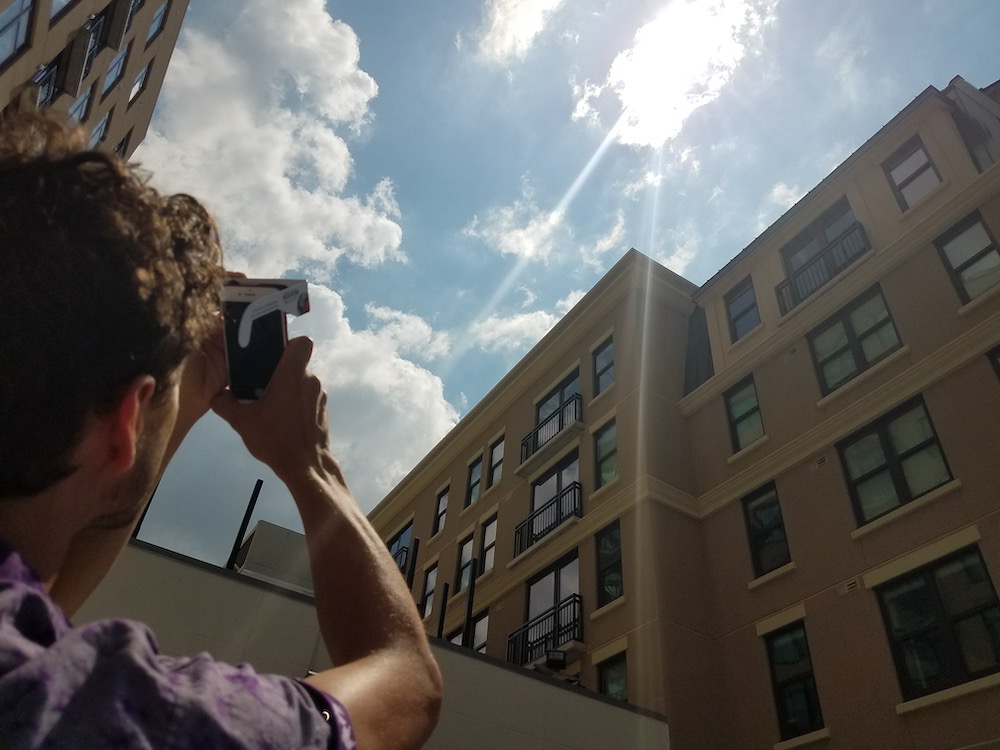 I watched a partial eclipse in Sedona in 2012.

Thanks to the low desert humidity, little light pollution and sprawling sky, the vantage point was perfect. There were hundreds of people just staring off into the sky for a total Night of the Comet situation, so it was also bizarre.

Anyway, the sun was so bright, you could only watch the solar eclipse with special glasses. When the eclipse was actually happening (the moon aligns in the path of the sun), it was a mere minute but pretty epic.

It was a partial eclipse, so I can only imagine the impact from a total solar eclipse when the moon crossed directly in the path of the sun, completely blocks out the sun, stars glimmer and the entire earth glows with twilight. How poetic but also: INSANITY.

The path of the Total Solar Eclipse (August 2017) in the United States. Photo: Xavier M. Jubler

Viewings are optimal in destinations that lie within the path the moon’s shadow casts across earth. Not only will you have the clearest viewing, you’ll also have some of the longest viewing (up to 2 minutes).

You MUST be along this narrow path of orbit to get a good view, and you could become obsessed like these “eclipse” junkies who trek year after year. There’s a whole group of total solar eclipse chasers.

If you’re into it, there’s a website, Eclipse 2017, dedicated to the upcoming eclipse, where you can see the eclipse path on this map. This will help determine what city/spot you want to travel to for views of totality. The states the eclipse will fall over are Oregon, Idaho, Wyoming, Nebraska, Missouri, Kentucky, Tennessee and South Carolina. Keep in mind, the eclipse totality is in some off-the-beaten-path, off-the-radar, rural places, so if you like pitching tents, you’re all set.

I’m heading to Nashville to check out the viewing. It’s the largest US city in the path, where totality occurs at 1:27 PM and will last 1 minute and 55 seconds.. My friends and I are renting a car and driving to Gallatin (about 30 minutes northeast), which is right in its path. I’ll definitely keep you posted on the event with a post while it happens. It’s crazy to think the next one in Nashville isn’t until August 16, 2566!

Millennials are definitely in for a once-in-a-lifetime event. I actually put together a list as to why they should check it out:

1) It’s the first total solar eclipse to occur since 1979 where you can see it from America. This will literally be the first time for millennials (who are generally born from 1980 to 2004). The next total eclipse is not until April 8, 2024!

3) You get to wear cool eclipse filtered glasses.

4) Now’s a good reason to visit Nashville! The city is actually stoked for the TSE and has more information on what to expect in Nashville.

For more information on the national eclipse, you can also check out this site, which is chockfull of information.